Make your life easy by choosing a caption that's already been written for you. 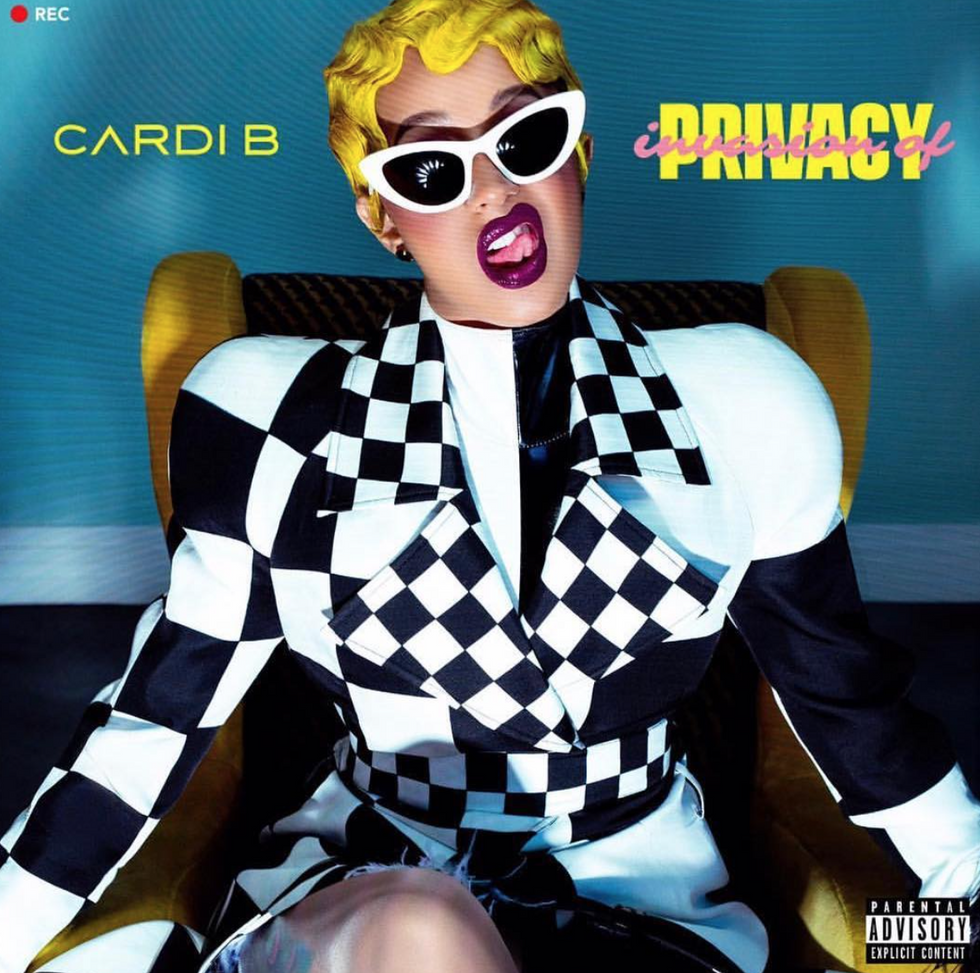 Finding the perfect caption for you Instagram post is something everyone struggles with. On the contrary, the best rappers in the industry right now seem to have no problem with it. Whether it be Cardi B or Kanye West, you can always count on fire captions. Taken from the rappers themselves, here are the best rap lyrics for Instagram captions.

No matter what the occasion, it's always good to have creative Instagram captions on hand. Nobody knows how to make clever captions than rappers themselves. Whether you need creative caption for throwing shade at someone, or you have used only emojis for your past 5 Instagram pictures, rap lyrics make the perfect caption.

Related Articles Around the Web
Report this Content
This article has not been reviewed by Odyssey HQ and solely reflects the ideas and opinions of the creator.

Demi Lovato And Max Ehrich Broke Off Their Engagement And, Sorry Not Sorry, We Saw This Coming

I love Demi, but I can't say I'm surprised.

That's right, you heard that correctly: Demi Lovato and Max Ehrich called off their engagement after the couple originally announced their engagement in July after beginning to date in March.

While this may be another hardship she sadly has to endure, I know she will find a way to inspire and help others through it.

25 Movie Marathons You Need To Complete

Why just stop after one movie?

Freshly popped buttered popcorn in your lap and a glass full of crisp Coca-Cola is at your side. All the lights are turned off and you are tucked into a cozy blanket. You have the whole day off and no responsibilities besides refilling your popcorn bucket. Now all you have to do is decide on what movie to watch, but you know one movie will not fulfill your need of relaxing all day. A movie marathon is the only answer to your problem. In case you did not know what movie series to start with, try a few of these.

23 Wilmington Locations All 'One Tree Hill' Fans Must Visit

It's the oldest story in the world: one day a new tv show comes on and you fall in love with each character and their story. In 2003, the show "One Tree Hill" was born and stole the hearts of fans of many ages. Torn between the sweet, underdog Lucas and tough, popular boy Nathan, people became hooked through the family and relationship drama the characters went through.

12 Starbucks Iced Drinks You NEED In Your Life

Must-try beverages brought to you by your local barista.

Be kind to your baristas, they can make you some pretty great drinks. With the temperature rising and the days getting longer, it's approaching the time to find your summer staple to keep you cool (and caffeinated) over the next few months.

"Kim, there's people that are dying."

"Keeping Up With The Kardashians" is coming to an end after 20 seasons of intense drama, family bonding, and Scott Disick. It's sad for some and a relief for others who find the show way overhyped.

10 Non-Coffee Starbucks Drinks You Need In Your Life

Starbucks is known for its infamous coffee and espresso drinks, but they're definitely isn't enough love shown for the non-coffee drinks. Being a barista myself, I've come to try all of the following drinks. And let me tell you…they're amazing. So if you aren't a huge fan of coffee or if you're just sick of the same old same old, here are some new drinks to keep your inner white girl alive and thriving.

A Definitive Ranking Of The BEST Hand Sanitizers You Can Buy, From Luxe To Budget-Friendly

The new purse essential just got a serious upgrade.

What was usually buried at the bottom of my purse has now become a pocket essential — and I know I'm not alone in that.

It used to be something I'd use if I happened to be at a restaurant that ran out of soap in their bathroom, but now it's almost more essential to have on-hand at all times than my cell phone.

10 Reasons Every College Library Should Have Therapy Dogs, And Not Just During Finals

The decision-makers of Yale's law students have invested in therapy dog sessions in order to reduce stress. In 2011, Yale Law Library had a sign-out sheet for their certified library dog. The 30-minute sessions were equipped with unconditional, stress-busting puppy love.

As told by a Dunkin' employee herself.

I have been working at Dunkin' Donuts for over two years, and during this time, I have progressed from regular crew member to crew coach, and finally, to shift leader. Among my great skills involving the job is my ability to deal with stressful situations, including awful customers. My boss has continuously pointed out the fact that I am able to handle these people with grace and kindness. She herself often finds that she gets snippy with rude customers, but somehow I am able to keep a straight face through these tough times.

100 Dynamic Duos That Are More Iconic Than You

How To Win 'Clue' Every Time

13 Deaths From 'The Originals' That I Still Can't Get Over

7 Reasons Why Literature Is So Important

7 Beautiful Examples Of The Fibonacci Sequence In Nature

7 Online Multiplayer Games That Even The Non-Gamer Will Enjoy

30 Drinks At Dutch Bros To Fuel Your Addiction